Subscribe to get updated on the most recent information from Cara Pearlman | Compass Inc.

We respect your inbox. We only send interesting and relevant emails.

Cara draws on deep knowledge of the local real estate market and more than a decade of industry experience to counsel each client through buying ...

As active members of the Greater Capital Area Association of Realtors (GCAAR), we have access to the latest market trends and data. Here are some of the highlights from November's closed sales and overall market conditions.

Are you looking for more information on specific neighborhoods? Contact us for a neighborhood overview and consultation by clicking HERE 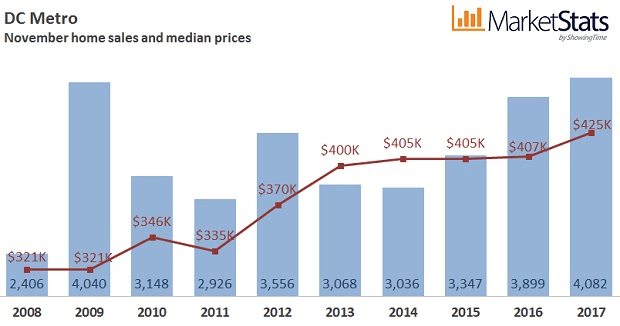 November’s median sales price was $549,000, matching last year’s median exactly and tying the highest November level on record. Sales represented a 5.8 percent increase versus last year and above the November 5-year average. Even with the median sales price at record highs, supply is scarce with only 1.9 months of supply on hand. Closed sales were down in detached, but up in the townhouse and condo segments compared to last November. Half the homes sold in November were on the market for 13 days or less and the competition among buyers kept the median percent of asking price at 100 percent.

Subscribe to get updated on the most recent information from Cara Pearlman | Compass Inc.

We respect your inbox. We only send interesting and relevant emails.

We use cookies to enhance your browsing experience and deliver our services. By continuing to visit this site, you agree to our use of cookies. More info